A World War II and an end-of-empire story of love, loyalty and betrayal 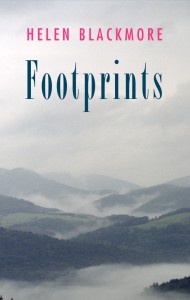 After a bewilderingly rapid surrender in the Libyan desert, two young Muslim soldiers from a defeated Indian regiment survive appalling conditions in Annaberg and other German PoW camps.
Leaderless and in a country they know little about, Yaqub and Barkat eventually resolve to escape in Alsace, join the allied army in France, and fight once more.
Footsore and half-drowned, they stumble across a snowy mountain landscape. Uncertain who they can trust, they encounter unexpected help. And fighting their way towards them are other outsiders, soldiers from distant lands, whose stories briefly merge.
Nearly seventy years later, Saira and Will leave England for their honeymoon in Alsace and try to trace what happened to her grandfather during his escape.

Why did Yaqub find it so hard to talk about his war experiences?
What does Grandmother Amina need them to discover?
Does anyone even remember the Indian PoWs after all this time?
And what is the significance of a tiny stuffed elephant?

The inspiration for “Footprints” was the account given by former soldier Sahib Dad at a forum on the contribution of the Indian Army to World War II held during Nottingham City Libraries’ commemorations of the 50th anniversary of the war.

This novel is not the story of Sahib Dad, but some of the early chapters use information and events from his account. Yaqub in this fictional account bears no resemblance to Sahib Dad and Eloise is entirely fictitious, as is the journey over the mountains and the end of the story. I am, however very grateful for Sahib Dad’s inspiration and the story of his escape and hiding in the Maginot Line until the arrival of the Americans.

Available from Amazon in standard, large print and in Kindle formats

buy the Kindle version from Amazon £2.05